Reframing the conversation around hospice care

St Columba’s Hospice is a leading provider of palliative and end of life care, serving people at its state-of-the-art facility in Trinity and out in the local communities. But a number of misconceptions were posing barriers to the hospice’s ability to communicate their offer to the world.

People think of a hospice as a building, whereas in reality hospice care helps many people live with long-term conditions for many years – at home as well as at the hospice facility.

People think hospices are funded the same way as hospitals. But while hospitals are publicly funded, St Columba’s Hospice is independent, with 75% of its running costs raised by the hospice itself.

People think of hospices as sad and depressing places, but St Columba’s Hospice is actually a place of joy, friendship and laughter.

‘Space for What Matters to You’

St Columba’s Hospice is a place that creates space for care: Physical spaces within the facility and out in the community, as well as creating head space, as well as giving patients and their families space to think, talk, share and plan.

To increase understanding of the spaces they operate within, we changed their name from ‘Hospice’ to ‘Hospice Care’ – removing the restriction of their work being tied to their building.

A new conversational brand uses a visual and verbal system that builds a visual space – framing every conversation the hospice will ever have. Infinitely flexible and owning the conversation around Hospice Care. 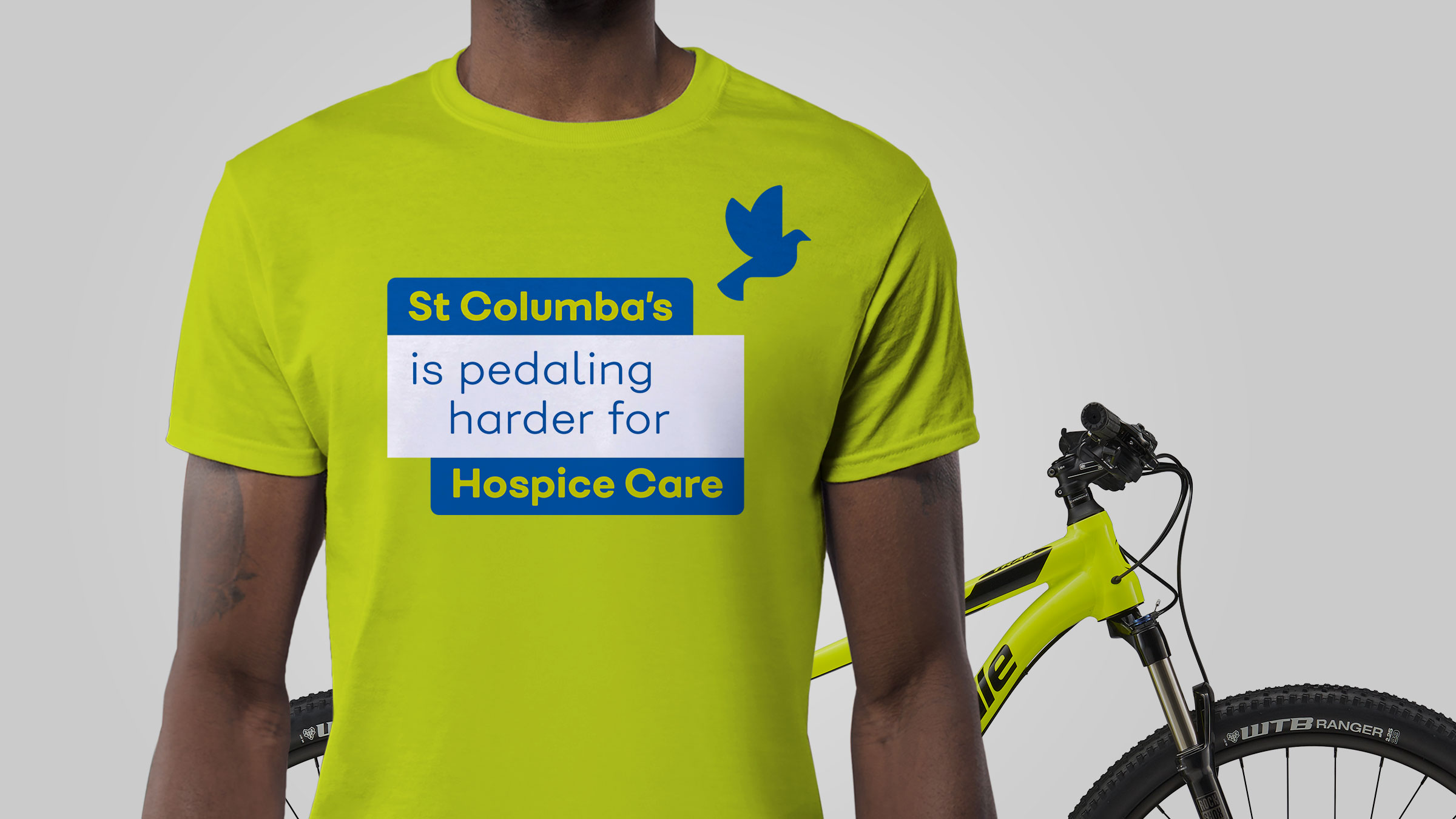 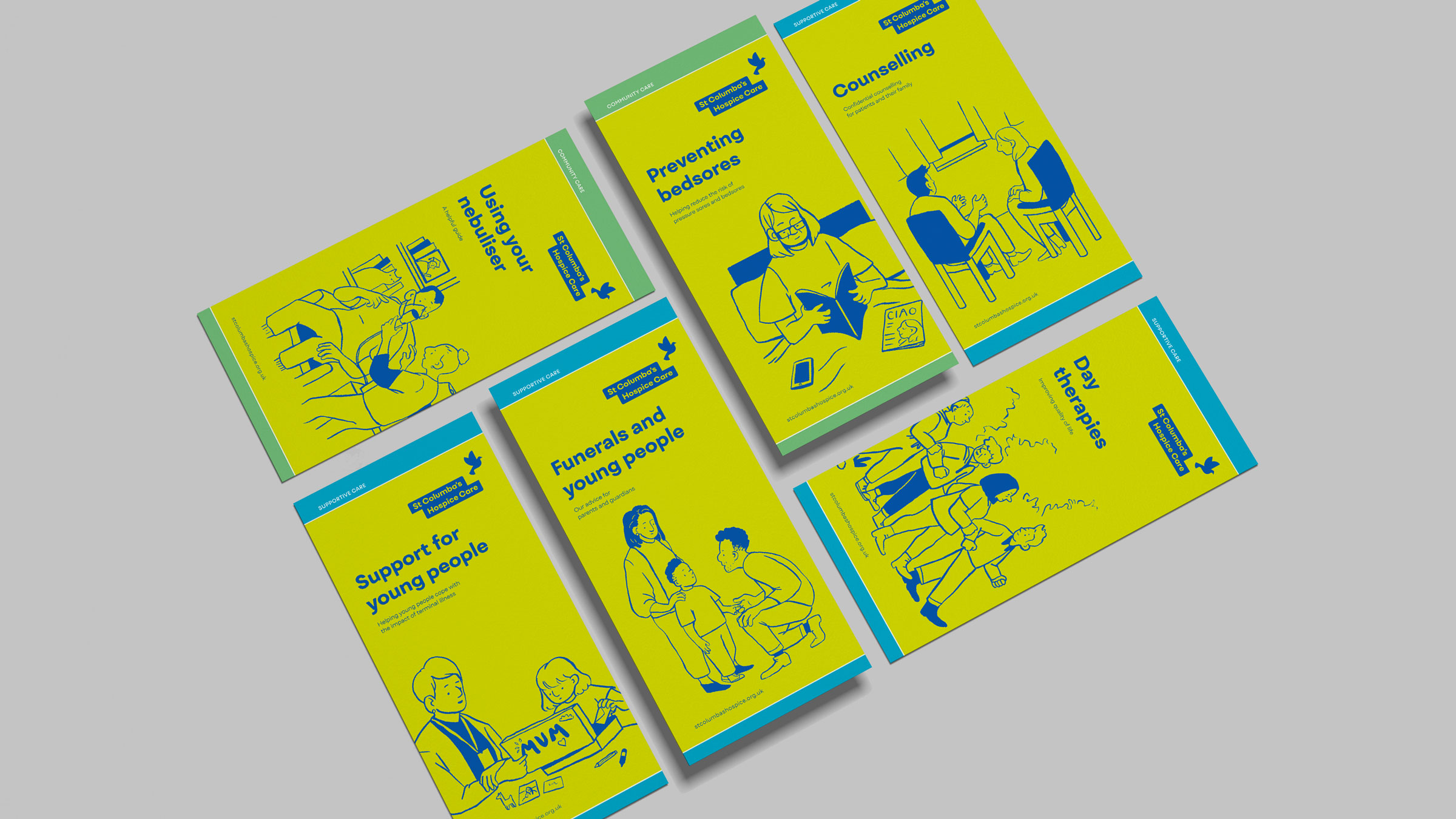 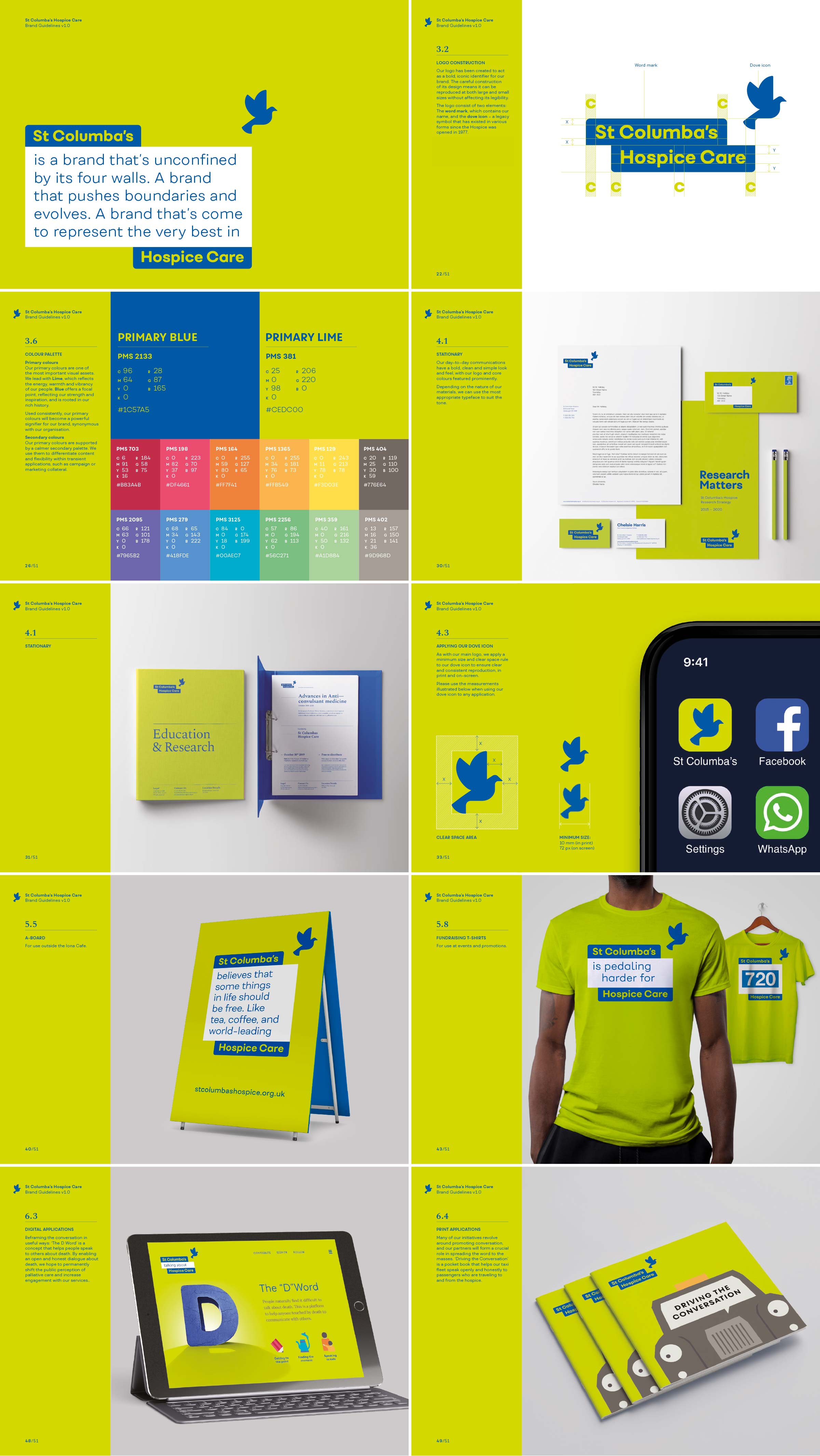